MØ returns to her roots with her new EP, When I Was Young – and we couldn’t be happier!

Back in 2014 I was sat in my room at university and I became amazed at this new artist that I’d found, then I realised her debut album, No Mythologies To Follow, was being released the following week – you can imagine my excitement.

I became more and more obsessed with the artist that was MØ and her artistic vision that was so unique, so when she got one of her first major features on Major Lazor’s “Lean On,” I was so happy for her breakthrough – this happiness didn’t last long.

The artist soon began releasing more commercial tracks that I didn’t feel fit her sound – of course, management think of money rather than authenticity, but I still felt frustrated.

So, when I woke up Friday and heard MØ had released a new EP, I was torn – I wanted to listen but I was scared of being disappointed…safe to say, I’m not!

It sounds as though MØ felt similar to me (or maybe she didn’t, but for argument sake, she did) and did a U-turn on her career and mostly returned to the electro-pop sound that brought her initial fame.

“Roots” opens the EP with the mysterious sound that graced her debut album, along with the haunting vocal from MØ that hits notes we’ve never heard from her in our time of listening to her.

“Bb,” the highlight of this EP, is the perfect mix between the electro-pop beginnings and the more dance inspired later offerings by giving us an epic chorus with irregular and non-consistent beats that we love from her.

Of course there are songs that rest on the fence in terms of the sound, “When I Was Young” and “Linking With You” offer more dance breakdowns which sound great – we never hated her dance turn, we just liked her older stuff more, so the mix of sounds is fabulous for us. 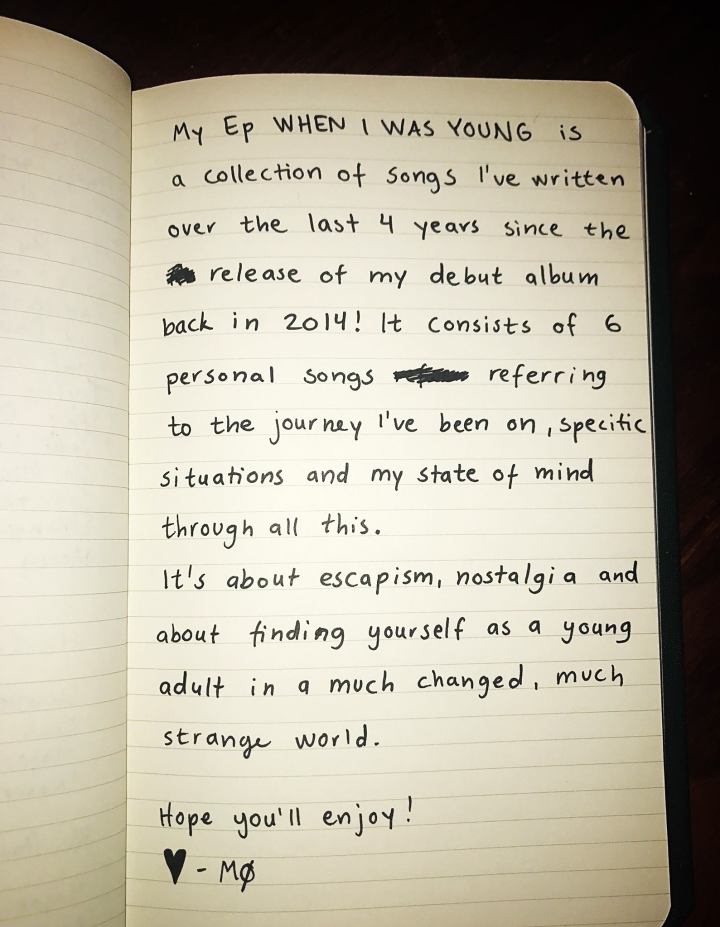 This is the picture that the star posted when she released the EP.

In there is possibly the reason for the changes in sound, “finding yourself as a young adult in a much changed, much strange world.”

MØ had to find herself in the music industry, and of course finding success in a particular genre will draw you in, but we’re more than happy that she’s returned to her roots.

Check out her latest EP below and let us know what you think in the comments!

Budding music journalist that is either listening to music or stuffing my face - I mean, what else is there to do?! View all posts by James Leach